A girl and her stroller.
Adorable.
Really it is!
{thanks gma for the perfect easier gift!!}

isabelle is our life.
really she is. 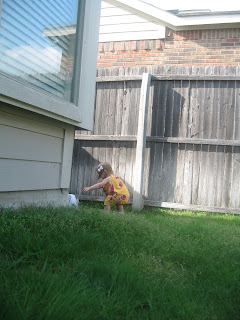 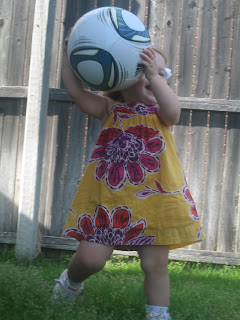 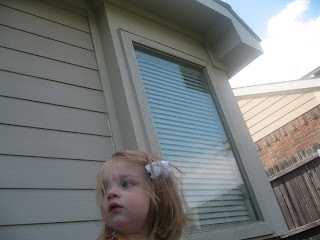 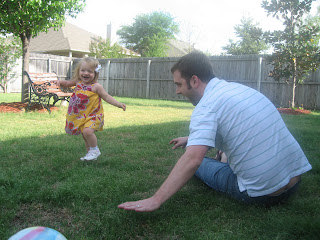 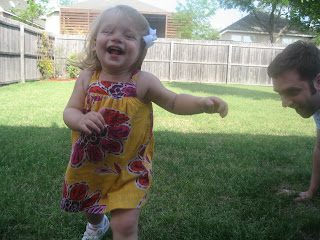 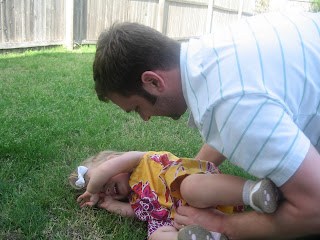 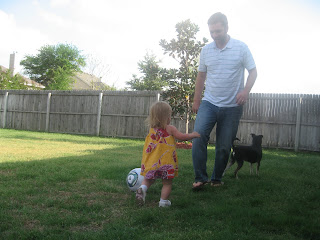 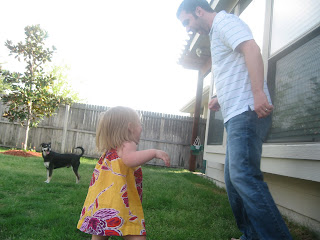 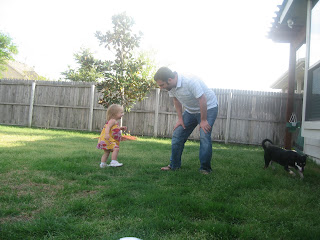 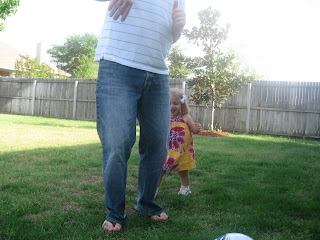 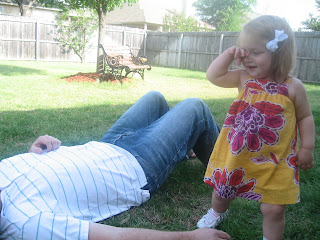 defeat.
{isabelle likes to push us over.  we act all-dramatic-like and fall onto the ground. she loves it so how could we not be-all-dramatic-like.﻿}
Posted by Desiree + Dyer + Isabelle at 7:02 PM No comments: 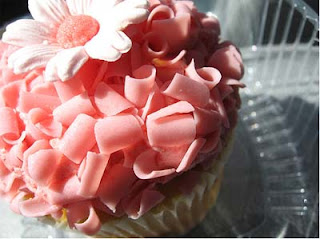 Dear Cupcake,
Come get in my belly asap.  ibelle will appreciate some of your yummy goodness too.
{yes, the dietitian offers her daughter sugar.  it is all about moderation.}

*day # 3 of pee in the potty before bathtime.  i'm trying not to get cocky.  & i guess if you leave anyone on the potty long enough they will eventually pee.
Posted by Desiree + Dyer + Isabelle at 6:32 PM 2 comments:

Such a cute little sassitude!!!

{she loves her necklaces on her arm!! prec.}

We had the best time this weekend:
The weather.
The at home husband/dad.
The siiide (slide).
The siiing (swing).
The new water table toy.
The play time with rowdy. (ibelle can now say rowdy!)
The weather.
All perfect.

{& she peed in the potty again tonight.}

I know this is a little random:

But.. a little ibelle has been very interested in the paw-ttee (potty) the last few weeks. Even pointing to the front of her diaper and saying, "pooooop" or "pee".
(Not that her saying that actually correlates with annnything.)

I've talked about getting ibelle her very own potty and when we at the store today we picked one up!!

She was so interested in it and sat on it several times today; while looking at a sight book before her bath she Peed!!!!

I know this means Nothing!!! And it was simply an ironic occurrence of pee. And for real pooty training will likely happen a year from now..

But ohmygoodness it was still so exciting!!! Rather than make her feel any pressure or anxious about it I figured I'd leave it up to her to initiate sitting on it. :)

Someone is the big threezero. 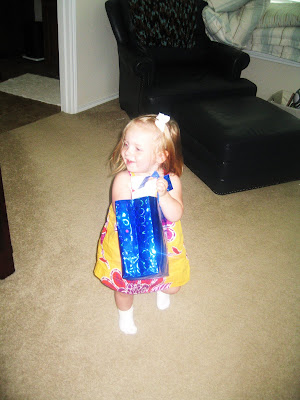 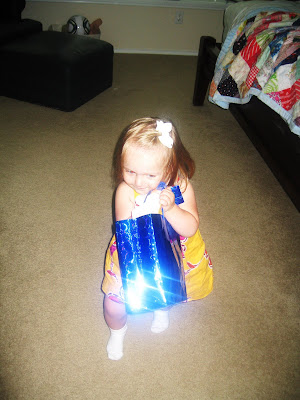 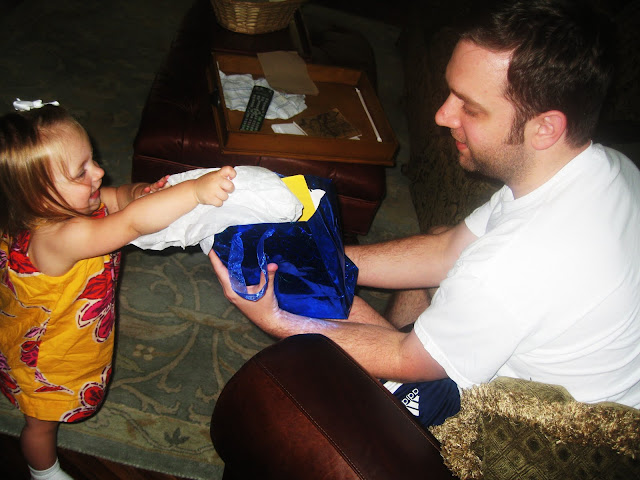 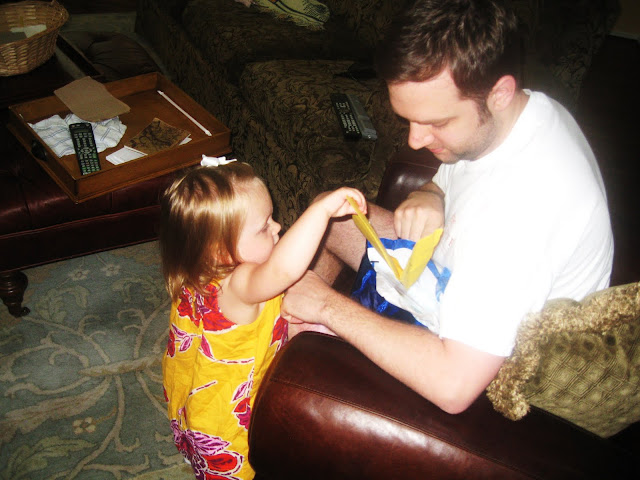 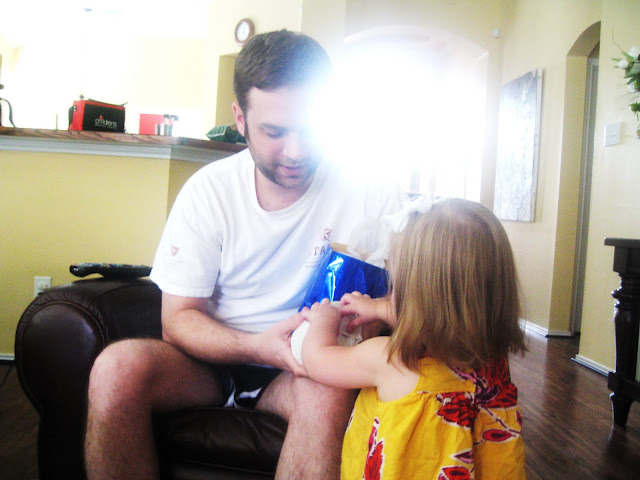 A {nineteenthmonthold} Isabelle enjoys her jewels.
Seriously.  Loves them.

A {nineteenthmonthold} Isabelle will put a bunch of old necklaces on her arm.
Yes, a ton.

A {nineteenthmonthold} Isabelle will then walk around all over with them.
Adorable.

A {nineteenthmonthold} Isabelle is a girl after her mama's heart.
I love looking at jewelry.  I think, "someday."

A {nineteenthmonthold} Isabelle warms my heart.
Every moment of every day; can not believe she is 19 months. well  ok: almost 19.5 months.

A {nineteenthmonthold} Isabelle will pitch a fit.
At the drop of a hat.

A {nineteenthmonthold} Isabelle loves to eat "serrr-ral" (cereal) for dinner.
Every single night.  Why?  See above. fit.fit.fit.

A {nineteenthmonthold} Isabelle loves the swing.
She gets mad if you try to put her baby doll in the swing. 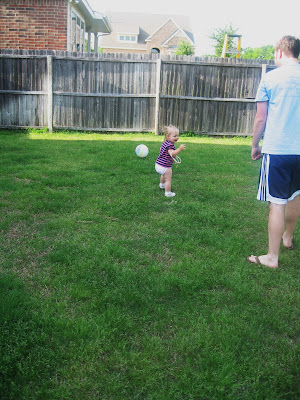 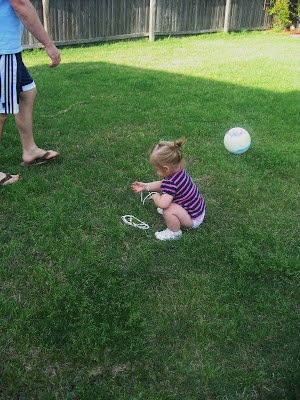 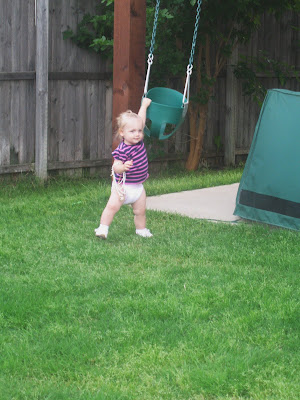 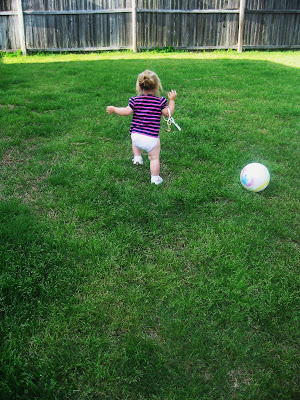 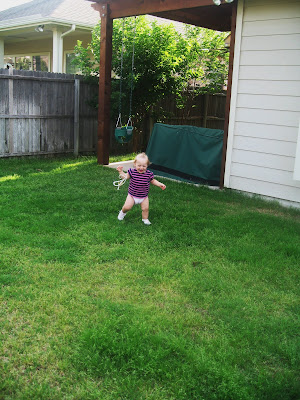 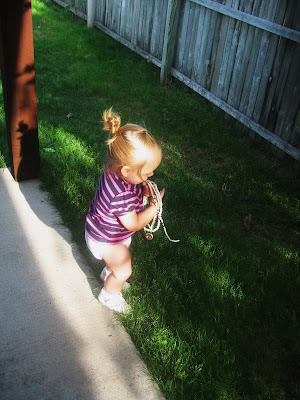 {yep, there is the nineteenthmonthold + her diaper playing in the backyard.}

do you ever wonder where the dh+dk started???  {i know, probably not.} but if you did consider going here.
& then that time where dh+dk became dh²??  here.
you know that part in between, where dh: the orig. asked me to be his WIFE??!?!  the part that happened 4 years ago?? the part that i will never ever forget?  well, here it be:
3/22/07, on our 4 yr anni. dyer treated me to dinner at Pappa's Steakhouse.  if you know dyer, you can appreciate that this had to be a huge celebration to be eating somewhere so fancy!!  like any and ALL girls, every significant occasion could be the one where the bf proposes.  i thought for a moment, "maybe it will happen tonight."  by that fact that we were eating at a nice restaurant should have clued me in!  at one point during the meal dyer went to the bathroom (i know what you are thinking, and no he didn't have my ring brought out on a plate or with our dessert!) at which point i texted my aunt to say, "nothing" - to imply there was no ring.

anyways, once back at his apartment he told me that there was something he wanted to show me on the balcony.  while we were sitting out there he brought out a scrapbook with a "..story of a prince and his princess."

(i will leave out the details of how the scrapbook came to be; but do know that dyer did make it himself! ..while he was suppose to be studying for Step 1, or was it Step 2??)

each page of the scrapbook included another 'chapter' to the story: 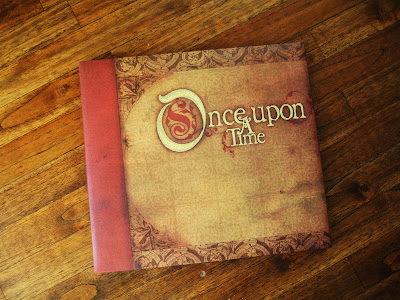 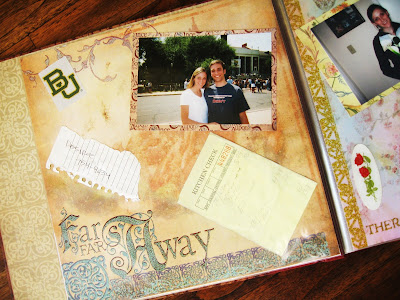 "..in a far away land. there was a prince that met a girl.."
(we met at Baylor. that piece of paper was the original paper that i wrote my phone number on as we were both leaving Moody Library at Baylor, where I worked and he studied. the receipt was the first time we went to Jason's Deli. and the pic was our first pic together. it was at Dia Del Oso on dyer's birthday, 3 weeks after we started hanging out.  the same b-day that i made him cookies. now i know he hates cookies.) 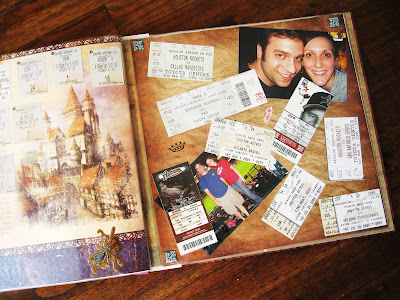 ".. they went to beautiful plays and watched many events"
(those are ALL of the tickets from every.single.movie, play, concert and sporting event we ever went to.  he had kept them all from the past 4 years.) 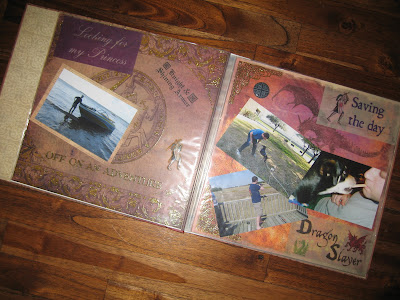 "..he searched far and wide .. even fighting off a dragon."
(that is him next to his step-dad's boat a few years ago.  'dragon', aka Rowdy.  dyer playing tug-o-war with a Popsicle stick with the 'dragon' and skeet shooting.) 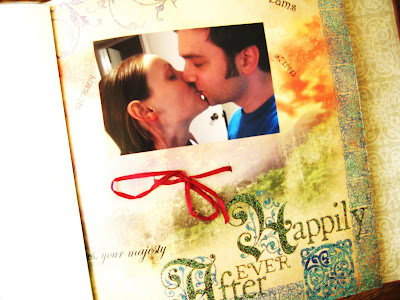 "the prince and the princess lived happily ever after."
(the red ribbon had the ring attached!! the very same ring that willie gave dyer.)
(& no I truly didn't think that he was going to pop the question until 3/4 of the way through the book.  i initially thought he was just being really sweet!)
(of course there were many other pages, these were just a few.)
to this day i still love looking through the story.  the proposal was perfect (nothing less that what i expected from dyer!).  he is, and has always been, so thoughtful and completely selfless.  the past EIGHT years have been amazing; heres to a millionbazillion years together! :-)
Posted by Desiree + Dyer + Isabelle at 6:58 PM 2 comments: